In 2018 China Kids Expo took up 5 halls of the Shanghai New International Expo Center. Attending the fair, we interviewed the managers of a few leading Chinese companies learning that the domestic nursery market is growing thanks to the two-child policy, and expectations are specially high for the children’s car seats category. By Daniele Caroli 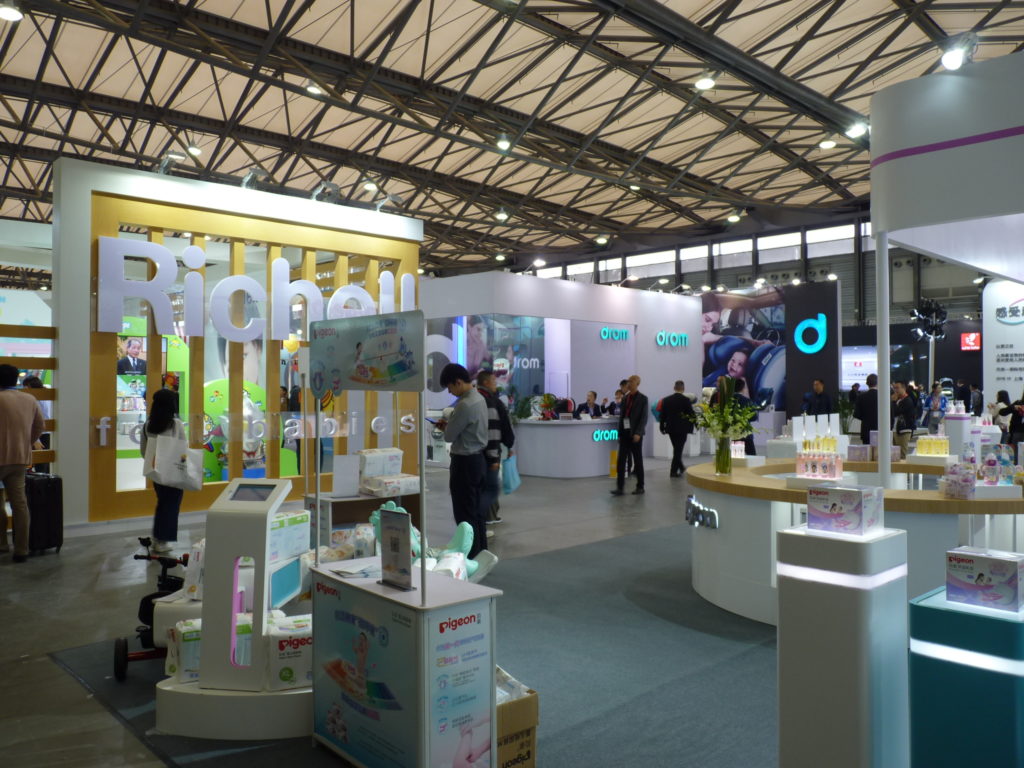 As a bridgehead for global buyers looking for quality suppliers, China Kids Expo, organized by the China Toy and Juvenile Products Association in cooperation with Koelnmesse, has been visited by a larger number of overseas visitors; among them, trading groups from Germany, Korea, Russia, Japan, Vietnam, Peru and Brazil attended the fair. International supermarkets, large chains, e-commerce and other procurement giants, including Carrefour Global, Family Games America, Metr-Plus, Nishimatsuya, Spin Master Toys Far East, took advantage of the business matchmaking service to publish their sourcing requests before the fair, and found their right suppliers quickly and efficiently during the expo.

The four exhibitions took up the entire fair quarter (220,000 square meters): quite impressive, if one considers that in 2012 only about one third of it (83,000 square meters) was taken up by China Toy Expo, China Kids Expo – in its second year – and the Brand Licensing Hall, as China Licensing Expo was known at the time (China Preschool Expo has debuted in 2018 as an independent event). Notwithstanding the expanse of the exhibition area, every hall we visited appeared to be crowded, except on the last day when many exhibitors started packing up in the early afternoon. China Kids Expo was housed by 5 of the 17 halls that make up the SNIEC.

With the assistance of the China Toy and Juvenile Products Association, we arranged a few in-depth interviews with Chinese companies belonging to the baby products business. We were told that the two-child policy is contributing to the nursery market’s growth and that several cities have started regulating the use of children’s car seats or are preparing to do so, which is obviously increasing sales in that product category. 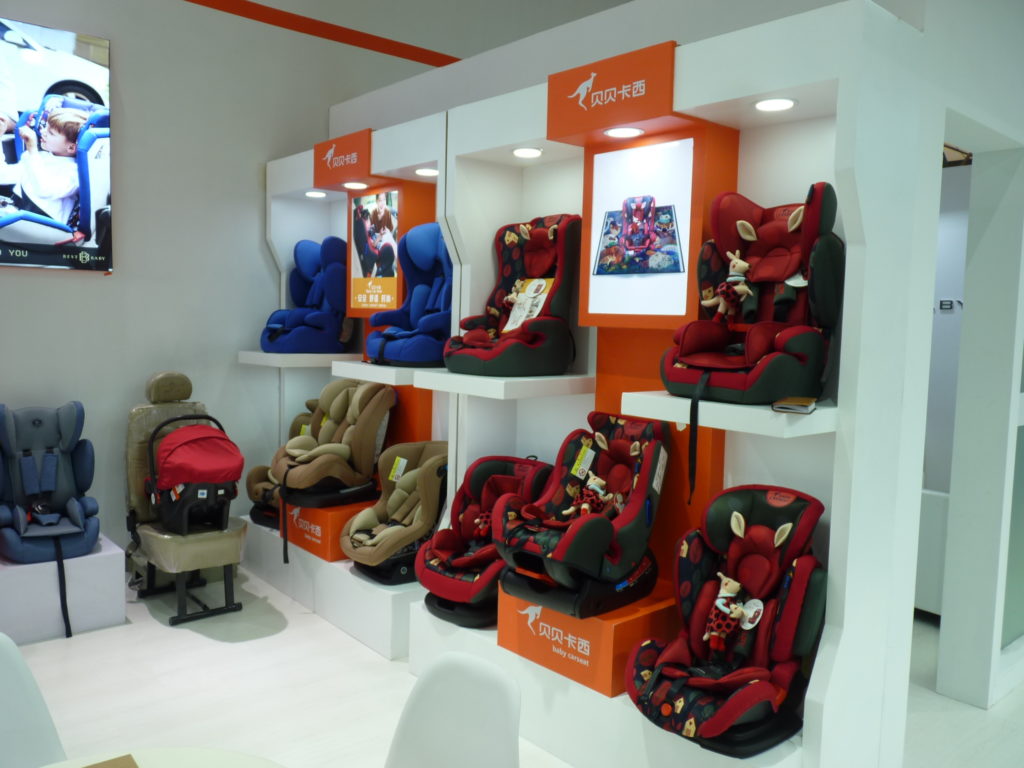 Jangsu International
Larry Chao, Vice President of Jangsu International, introduces the company: family owned, established 21 years ago, based in Zhenjiang, Jangsu province, it manufactures airplane seats and children’s car seats, which are designed internally and produced both OEM and with its own brands, Best Baby and Lucky Baby. Chao says since 2010 the company is equipped with its own crash test laboratory which follows the European standards and is calibrated for very specific details. At the moment the major market is represented by China but Jangsu International is extending its presence in Western Europe with the premium Best Baby brand and in Eastern Europe with the lower price Lucky Baby brand: materials and design are the same but Lucky Baby products cost less thanks to savings on shipment and customs expenses. Best Baby’s bestseller is the Group 0+/1 Isofix 360° rotating car seat Gerald. Sono (Isofix, Group 0+), which is available in Europe with the Spanish Casualplay brand, now adapts to different temperatures and reclines for the baby’s rest through a mobile phone app. 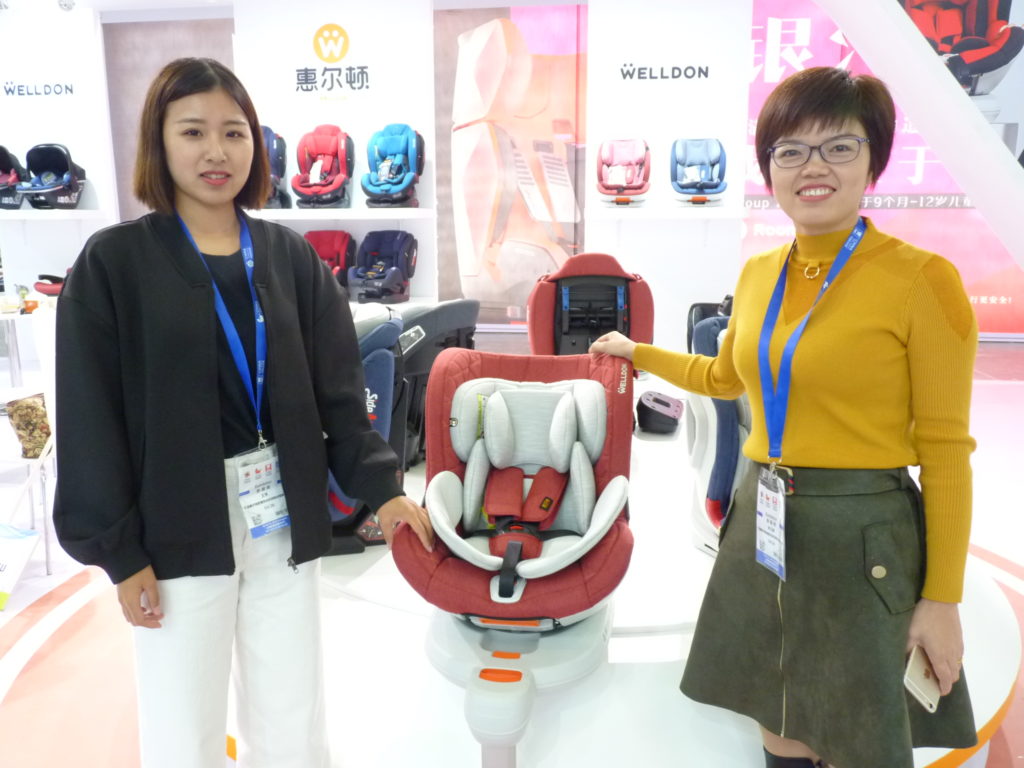 Ningbo Welldon Manufacturing
Cici Xing and Fang Wang, sales managers of the Welldon car seat brand, explain that the logo – a “w” with two dots on top – represents a mum holding the baby. Specialized in car seats, the company, with its headquarters in Ningbo, Zhejiang province, was founded 15 years ago; in 2015 it was among the first in China to introduce the i-Size safety system and its products have performed well in the European tests. In fact, as OEM manufacturer it supplies companies such as Artsana/Chicco, Cam, Dorel Juvenile and Foppapedretti. Welldon, which has in-house design team and engineers at its disposal, entered the Chinese market with its own brand in 2014 and sells well in Japan and South Korea, where the consumers are rather picky; it is already present in some European countries and plans to reach more territories. Both in Europe and in China, best selling product to date is Safe Rotate Fix, Group 0+/1, 360° rotating car seat, while a successful new one is the Encore Fix, Group 1/2/3. 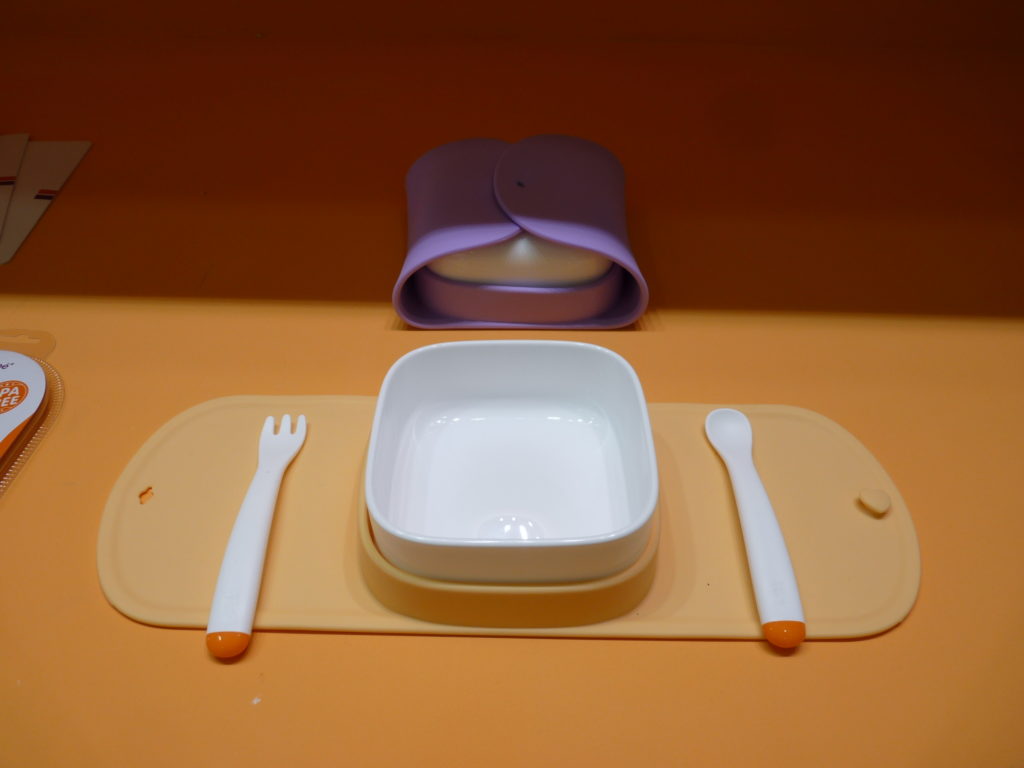 Decobébé
Rong Jianbo, CEO of Decobébé, studied in France so when he started the company, 4 years ago, he took “bébé” from French and added the first two letters of “design” and “comfort”: design is the mission, he says, “our aim is to launch new ideas for babies in China”, although foreign countries appear interested too (“we are already present in some Eastern Asian nations and in the Netherlands, and talking with distributors in Germany, Poland and Ukraine, while we are looking forward to entering the Russian market”). The bestsellers of Decobébé, which was awarded the Red Star (a Chinese equivalent of the German Red Dot), are the Baby Potty and the Baby Bath, on the market since two-three years; in 2017 they launched their feeding products, among them Kiddo (spoon, fork and saucer contained in a foldable mat), and this year they are adding textiles for the winter season and a mum’s bag in natural material imported from Germany. 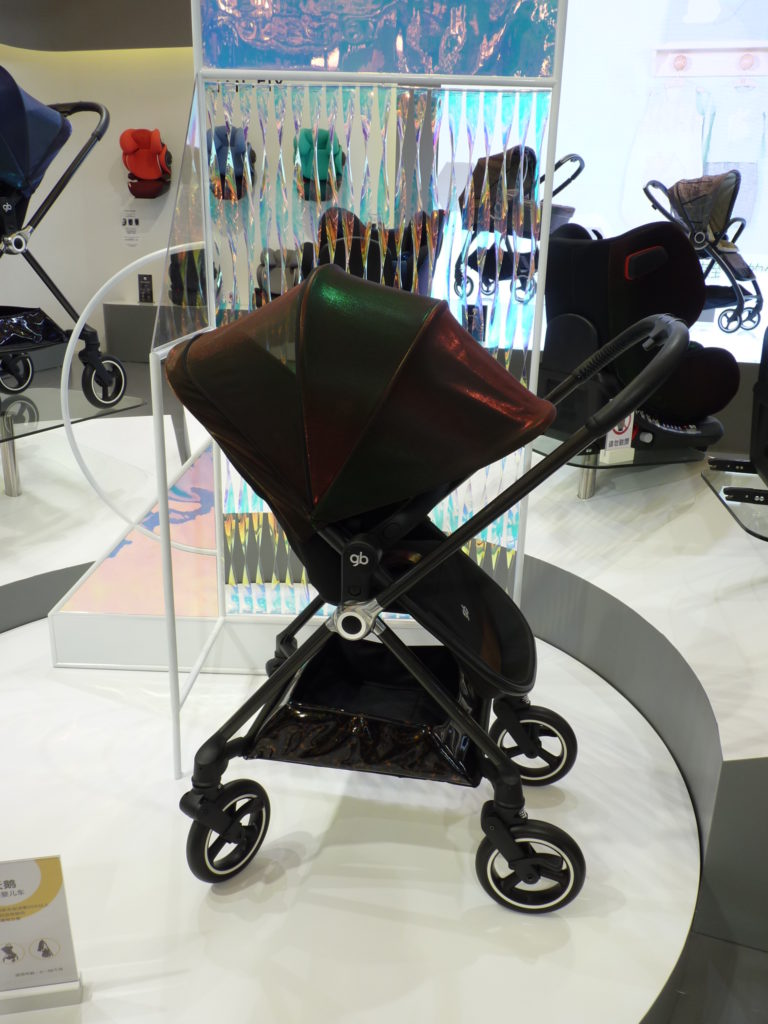 Stroller belonging to the Rebellious Royal collection by Cybex

Goodbaby
Goodbaby’s booth is the largest one at the China Kids Expo, with separate areas for the four brands gb, Cybex, Rollplay and h.d. (Happy Dino, reserved to the Chinese market). Sharon Nan Kobler, Executive Director of Goodbaby China Holdings, shows us the most important products after explaining that the company, founded by Song Zhenghuan in 1989, about 20 years ago started extending its range in order to cover all major categories of the nursery industry.

In the gb section we see Swan, a full functional stroller (it can be transformed into a travel system) that can be used from birth; acting on the handle, the front wheels automatically change from swivelling to fast and viceversa. The High-Speed car seat, suitable from 9 months up to 12 years, makes sure that the child is safe even if an 80 km per hour crash occurs; the side impact protection is extractable. Pockit 3S, which holds the world record for the smallest folded stroller, with a 1-second folding mechanism, boasts a new fashion design, a larger sunshade, new wheels and improved handles. We are then led through the software area featuring cosmetics, a bath collection, the feeding line, breast pumps, wipes, toothbrushes in their self-cleaning packaging, and much more.

In the Cybex section we stop by the Cloud Q car seat which flattens to 180° and thanks to an adapter can easily fit into a stroller. New fashionable collections include Scuderia Ferrari, Jeremy Scott, and Rebellious Royal whose complicated embroidery requires most details to be made by hand.
Rollplay is a 5-year-old brand launched in China for the first time this year: it features innovative ride-ons; among them, Stingray, a hit in the USA.

Some more booths
We have paid faster visits to a few more booths.
In China, Dorel is promoting the Titan Pro Isofix car seat with improved side protection, from 9 months to 12 years, and the Lara stroller which is very light – 4.3 kg – and folds enough to be taken into the airplane cabin.
The Japanese company Ailebebe introduces the Papatto Isofix car seat for kids from 9 months to 11 years and the Flacot stroller which includes a basket and a removable bag, is very light – 5.1 kg – and stands when folded. Both products have received the 2018 Good Design Award.
In the children clothing category we have met Rita Romani, a company with an Italian name, international designers and Russian manufacturing for better quality, and Elisabetta Franchi, Italian fashion brand distributed in China by Beijing Mei Pingfang whose General Manager, Judy Fan, says: “It’s expensive but people like the collection very much; luckily, tariffs are lower now”.
In the halls of the China Preschool Expo we saw many very interesting educational toys, both traditional and electronic.